The Team that Poops Together...

While the 2014 Winter Olympics in Sochi, RU concluded on February 23, 2014, there were some great photos across twitter, facebook and others about many unique bathroom setups.  Mashable's Sam Laird tells us about "... a photo posted to Twitter by Moscow-based BBC News correspondent Steve Rosenberg on Tuesday. According to Rosenberg, the photo shows a men's room inside one Olympic venue in Sochi". Steve's photo reminds me of the SNL skit from the 80s: "Love Toilet": http://screen.yahoo.com/love-toilet-000000389.html 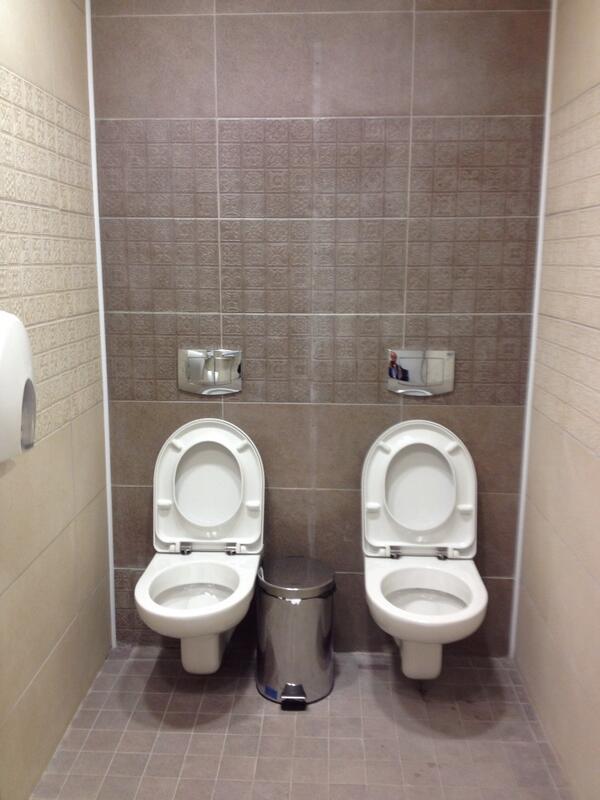 Posted by Anonymous at 3:03 PM